Turning vegan, I immediately found myself being asked to justify my decision to everyone around me. Suddenly, every man and his dog had an opinion on what I ate (or choose not to eat). For many vegans, this alone is baffling and isolating enough to turn them straight back to meat-eating.

Finding recipes that I enjoyed, vegan alternatives to formerly trusty staples, and vegan options in restaurants was, honestly, a breeze. I never felt I had run out of ideas, nor did I feel a desire to go back to my old carnivorous ways. In the first two weeks, I discovered an increase in energy levels and a feeling that I can only describe as ‘lightness’, that I had never before seen.

On the dull, ordinary, uninspiring day in September, when I chose to go vegan, never had a single person taken an interest in what I eat. Not one.

I had never turned up to work and been asked what is in my lunch box or why, what I was planning to eat for dinner, how I plan to get my micro and macro nutrients and balance this against my energy expenditure, track and measure my muscle mass and bone density… the list goes on.

Vegans are often expected to understand and articulate the nuances of every ethical, environmental, health and economic argument in favour and against a vegan diet, before reaching a logical conclusion that stands up against any scientific paper (or worse, refute the ‘fact-I-saw-on-Instagram’) that the opponent may have stored away in the depths of their brain for the sole purpose of regurgitating at precisely this moment to discredit and seemingly undermine your life choices.

Above all, I was astounded by the way in which so many people took my decision as a personal affront to them. Responses tended to fall into one of two camps: attacking or defensive. Many people have gone to extreme lengths to explain and justify how well they have cut down on meat or insist that they have been doing meat-free Mondays diligently. Those who fell into this group primarily were searching for validation of their personal decision. Many would stay agitated until I said to them some form of “that’s OK”.

Although I am an advocate of veganism, I recognised very early on that in order both to protect myself and preserve the relationships I have with friends and family, I had to present veganism in a ‘palatable’ form.

I have stock responses prepared depending on the person who is asking, their tone of voice and my impression of their level of openness. If I sense just a hint of an accusatory tone, my default response is: “I feel healthier and happier since I turned vegan. I tried it for a week and felt better, so I gave it another week and have not gone back. I have more energy, my skin has improved, I feel leaner whilst at the same time being able to eat more.’ If the person still seems agitated, I usually add that I have had blood tests every 6 months to check for vitamin deficiencies and all levels have come back normal. All of which is 100% true. It is just not the full story.

On the day I took the decision to go vegan, I told people around me it was temporary, or an experiment. To this day, I usually tell people I tried it for a week, then another, then another… But deep down, I know I am saying this to protect them, to make it more palatable.

In truth, I was appalled to discover the standard practices of farms in the UK and around the world, let alone the more extreme instances of abuse and failings that take place in farms and slaughterhouses daily. The more I read, researched, and educated myself, the more I realised the need to make a conscious choice.

Eating meat is a decision

Eating meat is a decision, just as much as not eating it. Whilst we have all been culturally raised in a society which overwhelmingly eats animals and animal products, and which considers this acceptable, does not mean you are opting out of taking a decision.

Individually, we make choices about what food we eat every single day. We make this decision for breakfast, lunch, dinner and the many snacks in between. We choose based on a myriad of factors: whether we are on a diet, following a food plan, what we have been brought up to eat, who we are eating with and the food that is available to us, our budget…. Etc.

We also make this choice based on what fits with our values. An argument often raised in the vegan community is ‘What is the rational basis for your decision to eat a cow but not a dog?’  If you had a connection to the animal, had named the animal, spent time with it to see how it behaves, the likelihood is you would not feel happy putting a knife to its throat with your bare hands. Yet many allow others to take that action for them.

Likewise, as a consumer, you make a decision each time you pay for a product. You say to an organisation ‘I believe in you. I am happy for you to continue to exist.’

So what is Veganuary and why support it?

Simply put, Veganuary is a UK organisation which leads a movement encouraging people to adopt a vegan diet for the month of January. The official organisation’s website provides further information.

In my opinion, Veganuary removes social stigma that is faced by all vegans and facilitates a smoother transition. In the first month of transitioning to a vegan diet, it is challenging to find food that meets your tastes, fits in with your lifestyle and budget. For most, it takes considerable time to learn new recipes, understand the types of food available to vegans in restaurants, and check labels in supermarkets.

The first month is therefore a steep, rapid learning curve. At the same time, you body goes through an adjustment to the new diet; an experience which is unique to each individual. To then be bombarded by questions from friends and family, the resulting sense of isolation and self-questions can be enough for anyone to reject their decision and move back to what they know. It is certainly not easy.

The support of a community of other vegans who can answer your questions and provide validation to your decision is a huge help, and I wish I had connected to other vegans sooner. Moreover, Veganuary is like having a ‘card’ which gives you a ‘free pass’ socially. In other words, the one-line response ‘I’m doing Veganuary’, removes a huge amount of the stigma that many face. It also enables more people to try a vegan diet on a temporary basis and see how it works for them, without feeling external pressure from friends and family (although, this can be a benefit for those whom external accountability is a motivator!)

The need for transparency

I live in hope that we will, as a species, grow and evolve to develop more compassion and understanding for other people’s choices. Above all, I hope to see an end to the stigma around food choices. Partly, this can only be achieved through greater transparency in the food industry around farming practices and their environmental implications. Equally, I hope to see better education on nutrition to break through the myths around what is healthy.

There is a huge amount of misinformation out there, even on platforms such as television, including but not limited to Netflix, which would traditionally have been seen as a source of authority. For example, many Netflix documentaries on veganism such as Cowspiracy report on US farming practices, as well as the environmental impact of farming in the US. This simply is not the same in Europe.

In the UK in 2017, according to a governmental report, agriculture was the 7th largest cause of emissions, well behind energy companies, business and residential sectors. In the same year, however, 50% British food was imported. I have therefore not been able to discover the true impact of farming on climate change; yet equally, why is this information so hard to find?

There is also a huge amount of misinformation around diet. Whilst this could become a post in itself, I will summarise for now by saying that social media has enabled misinformation and unverified reports to spread quickly. Many people believe that fats should be feared, and calories counted, that vegans cannot get enough protein, or enough of the right proteins. I have even had one person tell me, with absolute sincerity, that I will become less intelligent as a vegan because my brain will no longer be functional! These myths do not help vegans or meat-eaters.

A call for compassion

It seems to most that veganism is a radical decision or even ‘extreme’ lifestyle that I have adopted, going against socially-acceptable lifestyle choices. However, in my mind, continuing to act passively, rather than consciously, is a radical betrayal of your own values, whether meat-eater or not.

Although Veganuary may have ended on February 1st, I am pleased so many people have taken part and the movement is growing each year. Every person who signed up for Veganuary committed to reflecting on dietary choices, which I expect for most will have resulted in a reflection on decisions made as a consumer. Every person who signed up for Veganuary explored something new, took a small step outside of social norms, and encouraged those around them to reflect on their decisions. Such actions are powerful and growing every day.

For those on both sides, meat-eater or vegan, I want to end with an encouragement to reflect on your own compassion and empathy toward other people’s choices. To meat-eaters: understand that a decision to go vegan is not taken lightly, and that in almost all cases it is taken from a place of kindness and compassion, with a desire to better oneself and the world around us. To vegans: having a positive vision for the world is inspiring, but it will not arrive overnight and without the support of meat-eaters. Understand their views and remember they too are on a journey to understanding. The more information we have as consumers, the more empowered we will be to enact positive change. Let’s start there. 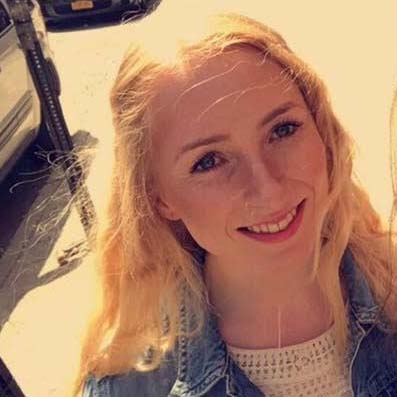 My name is Melanie, and I'm behind Whittle Away. I started this site to share my thoughts about self development, and start up conversations about how we can all grow intellectually and spiritually, to live bigger lives.