In an attempt to ensure that this blog does not become heavy reading, I’m introducing a lighter series that I have entitled ‘Friday Favourites’ (you’re thinking ‘how creative and original!’, I’m sure…). This series is a compilation of what I have discovered this week that has caught my attention. I hope it encourages you to expand your knowledge, and that it inspires me to dedicate time each week to my personal growth (epanouissement), even if I only have one favourite of the week! This week, I have three… 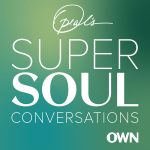 My thoughts on this could potentially be an article or book, but I’ll try to keep it brief. Having learned of the Angola 3 as an undergraduate and subsequently studying American civil rights and the justice system, I have taken a passionate interest over the year. Mr Hinton’s case is one of the greatest miscarriages of justice I have encountered. Being on death row for 28 years is impossible to comprehend – being directly confronted with your own mortality on a consistent basis for that extended period, with no mental distraction from analysing over and over the actions and events in your life that have lead to that point. The complete, total exclusion from society, the isolation and loneliness…. But innocent. There was no doubt that Mr Hinton was not involved in the cases of which he was accused, and looking at the historical record, there is no pattern I can discern of motivations for his conviction beyond racism. Yet his insight, spirit, and mental courage in the face of such trauma is both inspirational and shows the strength of the human spirit in the fact of injustice. I have not yet read his book, The Sun Does Shine; an extract of which is available here. 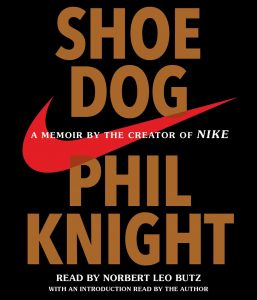 I listened to this one through Audible and it has accompanied my morning runs (I’m training for a half-marathon; who’s crazy idea was that….!) Knight presents a fascinating story of growing a multi-billion-dollar empire from his parents’ basement; it is the epitome of the American dream, the capitalist ideal that the average American can make a fortune through hard work. Knight does not shy away from major challenges, such as his legal battle with his Japanese shoe supplier Tiger (which today operates as the well-known brand Asics), nor does he gloss over his own feelings. It feels part business memoir, part confession. Yet the scandal for which Nike is most well known, the sweatshop scandal of 1996, is only touched on toward the end of the book. Knight does defend the actions Nike had taken to improve wages, and raised the interesting counter argument that a company must work within the law of the countries in which it is operating, and so previous attempts to raise wages in China were allegedly put a stop to by government officials, who refused to accept paying factory workers more highly than medical doctors.

What fascinated me about this story was Knight’s own business mindset. Fresh out of college, with no business experience or any kind of infrastructure in the US, Knight traveled to Japan, looked up his preferred shoe supplier, pitched to be the unique importer of running shoes to the USA’s west coast, and won the business. His skill as a salesperson to pitch such a bold idea,  the cultural barriers her overcome to convince the Japanese businessmen, not to mention the nerve it must have taken, baffles, amazes and astounds me.

Ted Talk: How Language Shapes the Way We Think by Lera Boroditsky

In this absolutely fascinating Ted Talk, Boroditsky presents the idea that language shapes not only how we communicate but how we think and perceive of the world, in terms of time, space, and sub-conscious psychological associations with the external world. Her research has immensely wide-ranging implications for how cultures and societies operate, and particularly interesting are the legal implications such as jury bias, resulting from nuances in language. This Ted Talk only scratches the surface of what is an incredibly complex yet highly relevant topic to all.

As always, I would love to hear your thoughts. What has caught your attention this week?

My name is Melanie, and I'm behind Whittle Away. I started this site to share my thoughts about self development, and start up conversations about how we can all grow intellectually and spiritually, to live bigger lives.